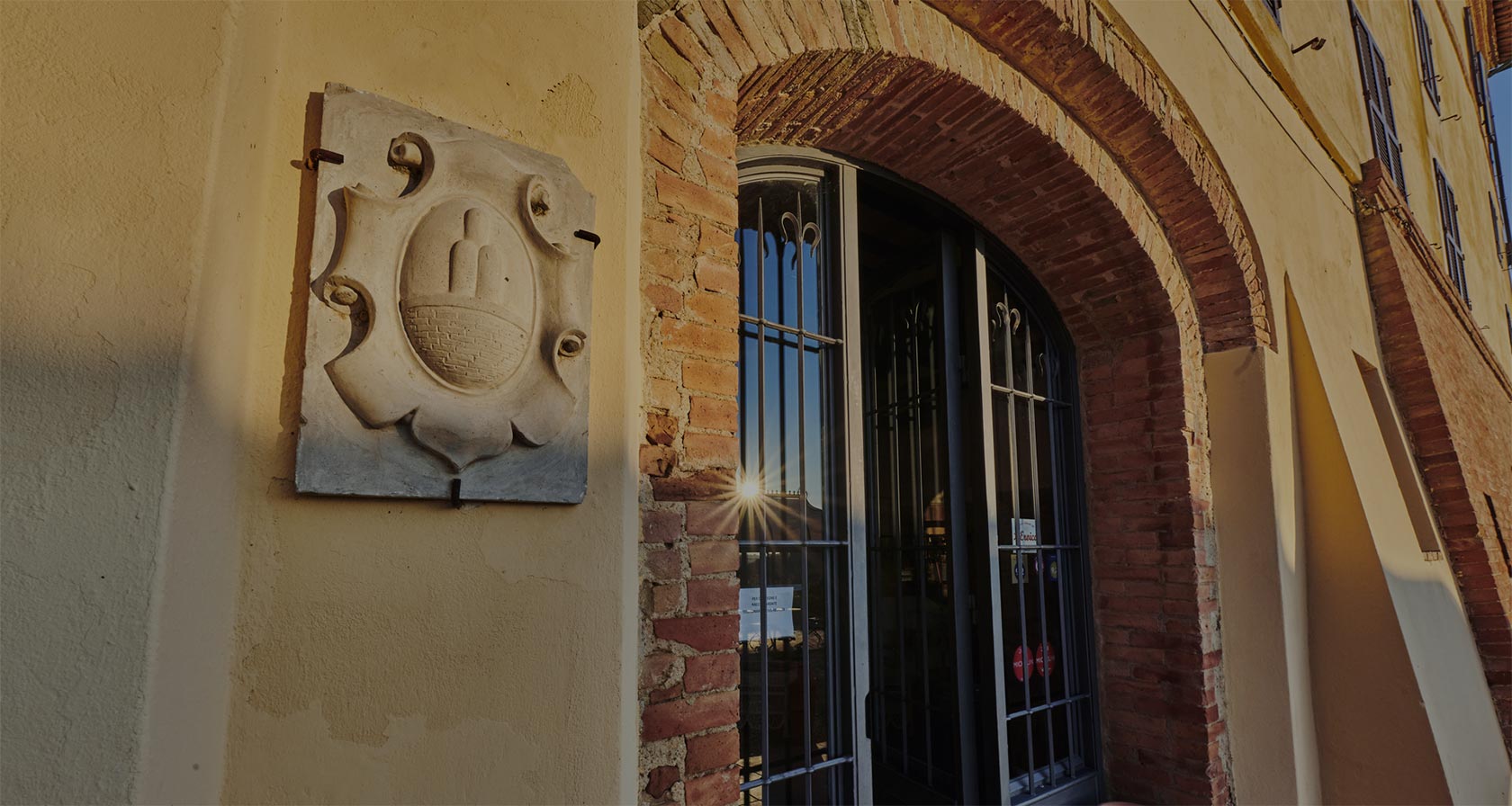 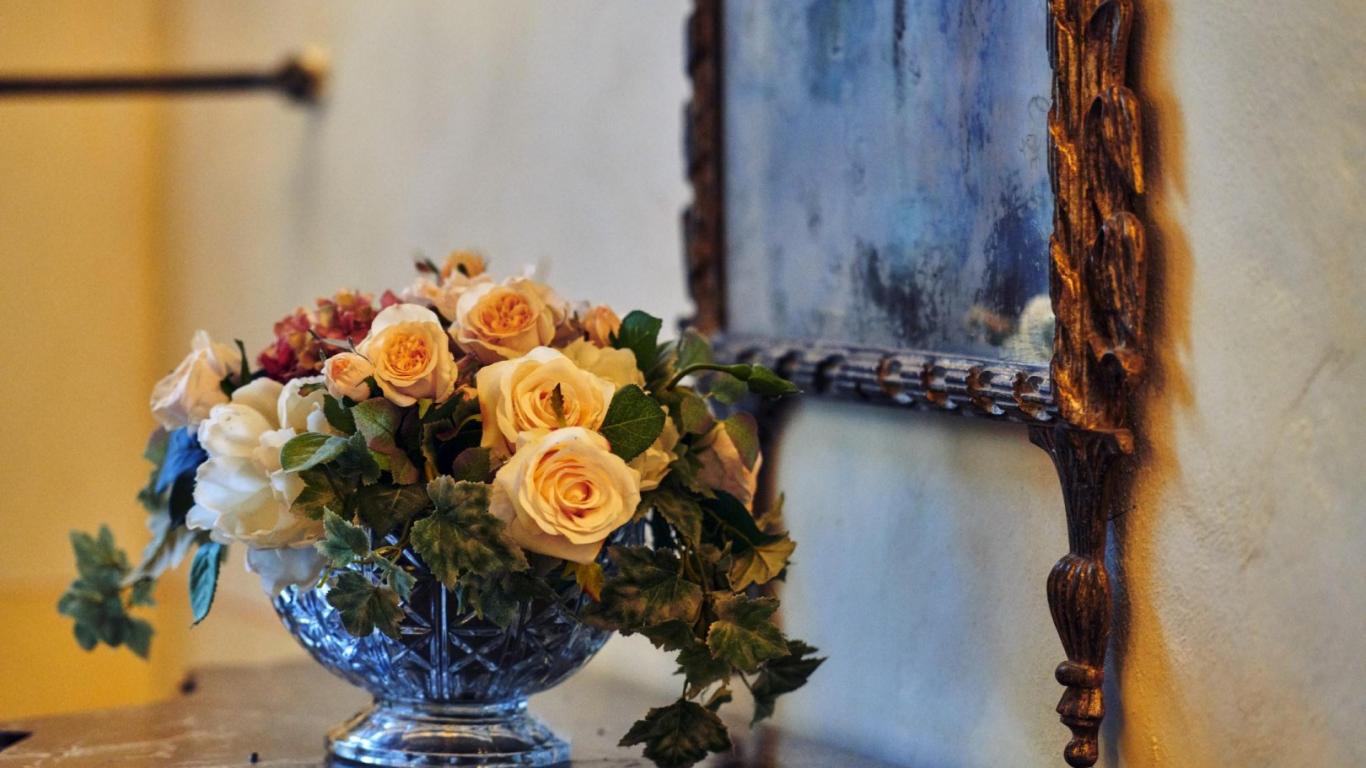 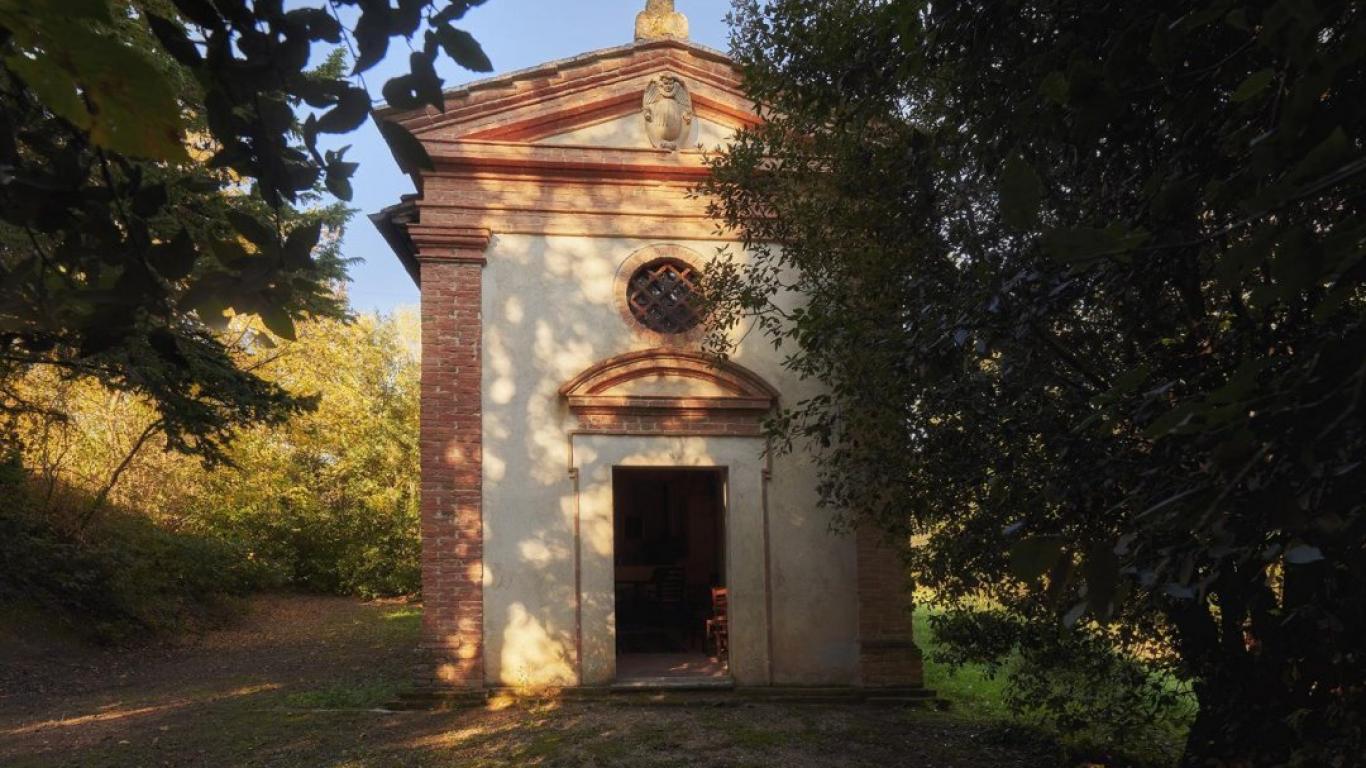 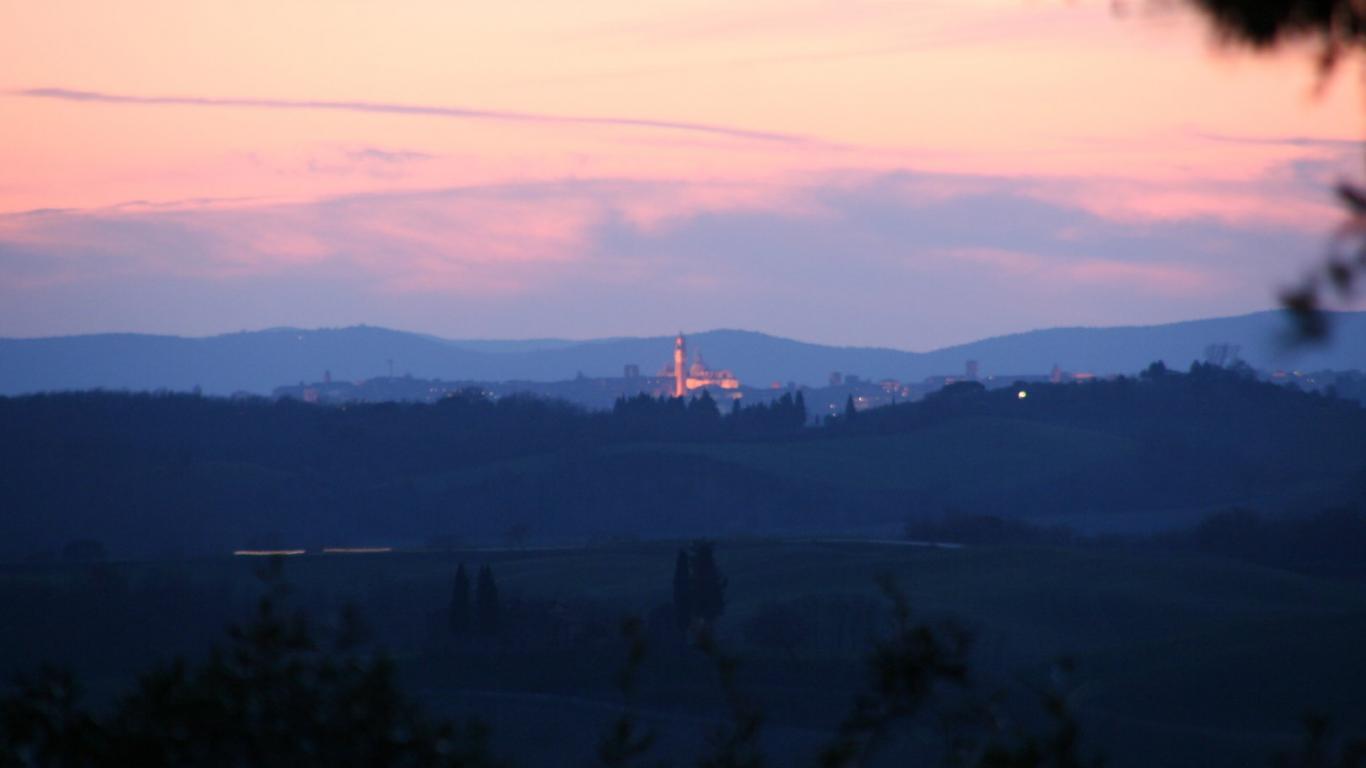 At around 1300 a branch of this family – the Cinughi – settled in the County of Berardenga after escaping from Florence during the conspiracy of the Pazzi family against Lorenzo Il Magnifico. Their sympathy towards the Papacy’s politics favoured their establishment in the area and determined their growth and development. The family had two headquarters which were structurally connected in the land of Berardenga : Montegiachi and Curina.

“...Curina in Valdarbia, noble Villa of Family Cinughi of Siena among the population of Pieve di Pacina, one of 38 villages of Castelnuovo, in the diocese of Arezzo, 9 miles from Siena. It has a chapel with beautiful frescoes by Arcangelo Salimbeni”

The villa dates back to the XVI century and was transformed during the eighteenth century, precisely between 1776 and 1780. It took on the typical architectural features of this century, with a rectangular floorplan and a sloped base, with three floors covered by a pavilion roof, as we can still admire today. The small Italian garden – a little architectural jewel - located in front of the entrance of the Villa, dates back to the same timeperiod. The little Chapel of San Liberato, located not very far from the villa and dating back to the XVI century as well, was painted by Arcangelo Salimbeni in 1573 - a date which is featured on the inner wall of the archway.

The frescoes inside represent an important artistic event because of the quality and the importance of the topics dealt with. For this reason, the oratory of Curina is called “the little Sistine Chapel of Chianti”.

The section of the arc behind the altar features Christ the Judge surrounded by angels , while Hell, Purgatory and Paradise (of which remains only few traces) are respectively represented on the other three sides of the vaulted ceiling. A plaster cornice composed of recurring heads of little angels delimits a painted surface where scenes from the Old and New Testament are represented in a series of little paintings. Some of the scrolls which are placed under these stories describing the various representations are no longer legible.